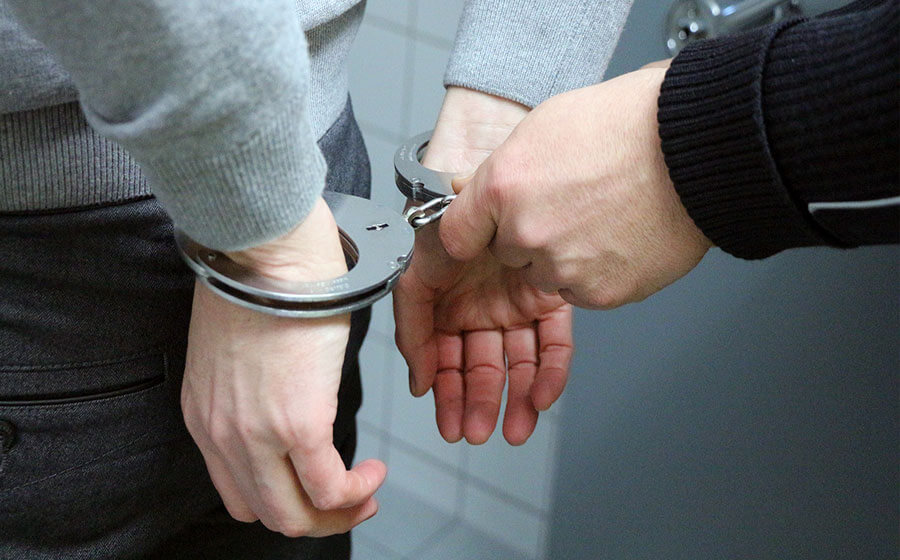 Our criminal practice focuses on representing clients from investigation to a disposition, whether that is trial, a dismissal, or a plea. We appear on a daily basis to help clients get bond, bond reductions, preliminary hearings, and other relief that is generally requested at the very beginning of every criminal case. In addition to our felony practice, we also represent clients in the same respect to charges such as driving under the influence, drug-related charges, and other misdemeanor offenses.

When should you hire a lawyer?

In order to understand the importance of when you should hire a lawyer, you should first understand the difference stages of a criminal proceeding. Although it will be explained below, we always advise to hire a lawyer as soon as you think you may be a suspect in any criminal wrongdoing. What happens at the beginning of a criminal investigation will make or break your case in the end.

Stages of a criminal proceeding:

Arrest – more likely than not, it is likely that if you have been charged with a criminal offense, you have been arrested. In the event that you may be a suspect in a felony investigation, there are times that you will not be arrested until you have been indicted by a grand jury. Regardless, the chances are often high that at some point, you will be arrested.

Indictment – in the event that your felony case is presented to a grand jury, they will determine whether or not there is probable cause to indict you. The grand jury process is handled by the district attorney’s office.

Arraignment – If the grand jury returns an indictment charging you with a felony offense, you will appear in front of a judge for arraignment. Prior to the arraignment, you should be served your indictment. The arraignment will consist of:

(1) ensuring that the defendant has a copy of the indictment;

(3) asking the defendant to plead to the indictment;

(4) determining whether the defendant is represented by counsel and, if not, appointing counsel, if appropriate, under Rule 7;

(5) reviewing the bond previously set, if appropriate; and

(6) setting reasonable deadlines for the filing and hearing of all pretrial motions. Pretrial motions shall include, but are not limited to, motions: to dismiss, to suppress evidence, to request discovery, 85 for continuance, for severance, for appointment of experts, for mental examination, or for any other matters which may delay the trial.

Driving Under the Influence (DUI)

Driving Under the Influence (DUI) is considered a very serious charge due to the potential threat to public safety. Because of this, law enforcement officials will often do whatever is necessary to make an arrest. Prosecutors often seek the most severe penalties. If you’re being charged with a DUI in Mississippi, time is not on your side.

First and foremost, everyone has certain rights. Often times, in their efforts to make an arrest, cops will unlawfully search or detain you. They may even try to coerce you into making statements or convincing you to allow them to search your car. It is so critical that you remember your rights – and enact them. One of your rights is the right to an attorney. If you’ve been arrested for a DUI in Mississippi, contact us to get us on your side.

Mississippi law prohibits you from operating a vehicle if you are intoxicated. Intoxication is measured by blood alcohol content/concentration (BAC), or the percentage of ethanol in the bloodstream as measured by grams of alcohol per 100 mL of blood.

In Mississippi, it is illegal to operate a motor vehicle if:

– Your BAC is 0.04% or above if you are a commercial vehicle driver and you are 21 years of age or older.

BAC is most often measured via field sobriety tests and breathalyzer tests. However, it can also be measured through blood or urine tests.

In Mississippi, the penalties for a DUI conviction vary depending on the circumstances surrounding your arrest. However, DUI penalties tend to be very severe. You may face steep fines, suspension of your driver’s license, or imprisonment. If you are a minor or a commercial vehicle driver, you may face even stricter penalties.

How we can help

We provide aggressive legal defense for all types of DUI charges. No matter how serious or difficult your case may be, we are prepared to fight for you. Contact us

If police are called to your house because of a domestic dispute, there is always a good chance that someone will be arrested. An arrest for domestic violence carries serious consequences, including the potential penalty of six (6) months in jail.

Who is included under domestic violence?

Domestic violence can be between the following:

(1) Current or former spouse of the accused, or a child of that person;

(2) Current or former person living as a spouse with the accused, or a child of that person;

(3) A parent, grandparent, child, grandchild, or someone similarly situated to the accused;

(4) Current or former dating relationship with the accused;

(5) Person with whom the accused has had a biological or legally adopted child.

What are the penalties for misdemeanor domestic violence?

Why should you hire a lawyer immediately for domestic violence?

Often times, prosecutors have policies that do not allow for domestic violence charges to be dismissed or dropped at the request of alleged victim, especially if law enforcement signed the charges. This means that regardless of your guilty or innocence, you will be prosecuted in court. Prosecutors are more willing to take your case to trial or to force a guilty plea if you are not represented by a lawyer. This is because prosecutors assume that because you were initially arrested and charged, you must be guilty. You should immediately hire a lawyer who can investigate the charges and be prepared to take your case to trial.

Why should you hire us?

If you were convicted of a felony crime, you may be eligible to expunge the felony conviction from all public records if:

It has been five (5) years since you have successfully completed all of the terms and conditions of your sentence; and

You were not convicted of a crime of violence; arson, first degree; trafficking in controlled substances; a third, fourth or subsequent offense DUI; felon in possession of a firearm; failure to register as a sex offender; voyeurism; witness intimidation; abuse, neglect or exploitation of a vulnerable person; or embezzlement; and

You have not previously expunged a felony conviction off of your record.

If you were arrested for a felony charge but never convicted, you may be eligible to expunge your arrest from all public records if:

1. The case was dismissed;

2. The charges were dropped;

3. There was no disposition of the case;

4. You were found not guilty at trial;

5. You received an Order of Nolle Prosequi;

6. Your case was presented to the grand jury and the case was No Billed; or

7. You were sentenced to Pre-Trial Diversion, Non-Adjudicated probation, or potentially Drug Court.

If you were convicted of a misdemeanor crime, you may be eligible to expunge the misdemeanor conviction from all public records if you (1) are a first time offender and (2) your charge is not a traffic violation.

If you were convicted of a first offense DUI and you do not have a commercial driver’s license, you may petition the court to expunge your record under the following conditions:

1. There has been five (5) years since you successfully completed all terms and conditions imposed for the conviction;

2. You did not refuse to submit to a blood or breath test;

4. You have no prior DUI convictions and no pending DUI arrests;

5. You have justification as to why the charge should be expunged; and

6. You have not previously had a non-adjudication sentence or expunction of a previous DUI.

If you have a prior conviction or arrest, contact the McCormick & Nelson Law Firm today at our Pascagoula or Lucedale location to determine if you qualify for an expungement.