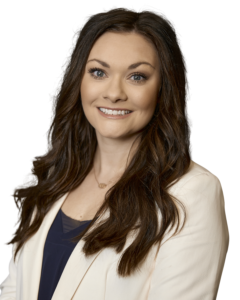 During her first two years of law school, Kaleigh focused her studies on Family Law and was sworn in to limited practice as a student advocate in the Mississippi College School of Law Adoption Clinic, where she assisted various families in the Jackson-Metro area with the adoption process, from start to finish. This experience sparked her interest in working in the Chancery Court system that she primarily practices in today. During her final year of law school, Kaleigh relocated back to the Mississippi Gulf Coast to complete a legal externship with the office of the District Attorney for the 19th Judicial District, where she was sworn in for limited practice to assist in trying various criminal cases. Once her externship period ended, she remained on staff with the District Attorney’s office as a research assistant. The experience gained by working in the DA’s office has been beneficial in her criminal defense practice.

Kaleigh is a licensed attorney and has been admitted to practice in state courts by the Supreme Court of Mississippi. She prides herself on serving her clients in some of their toughest moments with an approachable, empathetic demeanor and realistic expectations.

Kaleigh is a proud resident of Pascagoula, where she lives with her husband and two daughters.